Dave Roberts wants you and your family to have fun, learn a lot, and leave campus with a positive feeling when you visit Fisher for a tour. As Fisher’s senior associate director of freshman admissions and athletic recruitment, it is something he strives for every day, and it brings results. He has helped recruit the largest freshmen classes in College history during his nearly 20 years at Fisher. 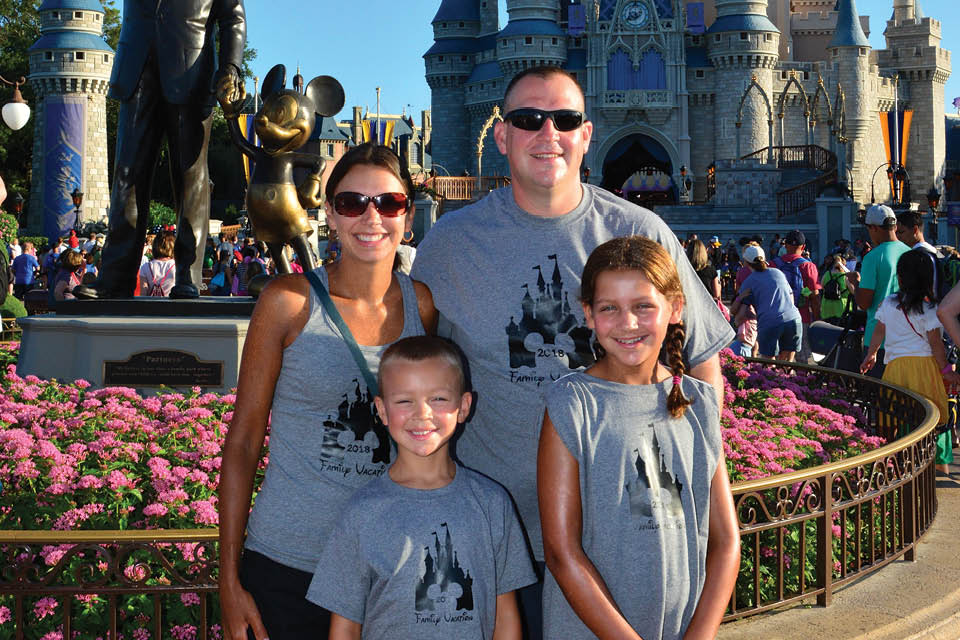 Good customer service has been fundamental to Roberts’ recruitment philosophy. It was part of what he learned during both his undergraduate studies at Nazareth College where he earned a bachelor’s degree in business administration, and at Fisher, where he earned his MBA.

But you might say that his interest in customer service or visit experiences started well before that, during his childhood family trips to Walt Disney World.

Roberts recalls his first trip to Disney in the early 1990s, at the age of 12, and the research his mother did to learn insider tips and tricks.

“I have a vivid memory from that first trip,” he says. “We were at the gate when the park opened, running to get in line for Space Mountain.”

He was hooked. It was the start of a lifelong hobby of planning the best, most efficient, and most fun trips to Disney.

Since that first trip, Roberts has returned to Disney several times, becoming a student of the Disney experience with expert-level knowledge of the park. He reads, follows blogs, and is in discussion groups with other Disney trip planners. When changes are implemented in the parks or new features added, he strategizes on how to best integrate them into his next trip.

Scheduling the best experience is both a science and an art for Roberts. “Even though you don’t want to be too scheduled - it’s a vacation after all - you want to take advantage of what they offer.”

He knows how to use the FastPass for the best experience (he has never waited in a line for more than 15 minutes), the best days to visit, the best places to interact with characters, and how to make the most out of a meal plan.

“I think if you’re educated, you’ll have a positive experience,” he says. “You can learn to use the system and play the crowds.”

When asked what draws him to Disney, Roberts says it’s the whole experience. “When you’re at Disney, your worries go away,” he says. “Every cast member knows how to treat people.”

He is also impressed as a student of business. “On average, 60-70,000 people visit daily. They have great service, families feel safe, the park is clean and well-run,” he says. “From the business side of it, it’s fascinating.”

Roberts’ love of the Disney experience has earned him notoriety. Chances are if a Fisher employee mentions they are planning a trip to Disney, someone will suggest they contact Roberts.

“If I hear a friend is going, I’ll ask to help,” he says. “I like knowing they’re going to have a great time.”

When asked if he has considered planning trips as a side business, he laughs. “No. I just enjoy helping people have a great experience.”

Roberts treasures the memories he has made during his trips, especially those with his family, which now includes his daughter, Lauren, 12, and his son, Eric, 9. “I hope to pass on the love and enjoyment of Disney to my kids,” he says.

Favorite Disney character: I like the classics. I’m a Mickey Mouse and Pluto guy.

Bad Disney day: It was summer and rain had canceled or postponed shows and tours. Of course, Disney turned it into a positive experience somehow!

Favorite resort: The Caribbean - I love the whole vibe and they have a great pool.

Biggest tip: If you’re going to be there for a few days, always schedule in a day to stay at your resort and just enjoy the pool. It helps with burnout.