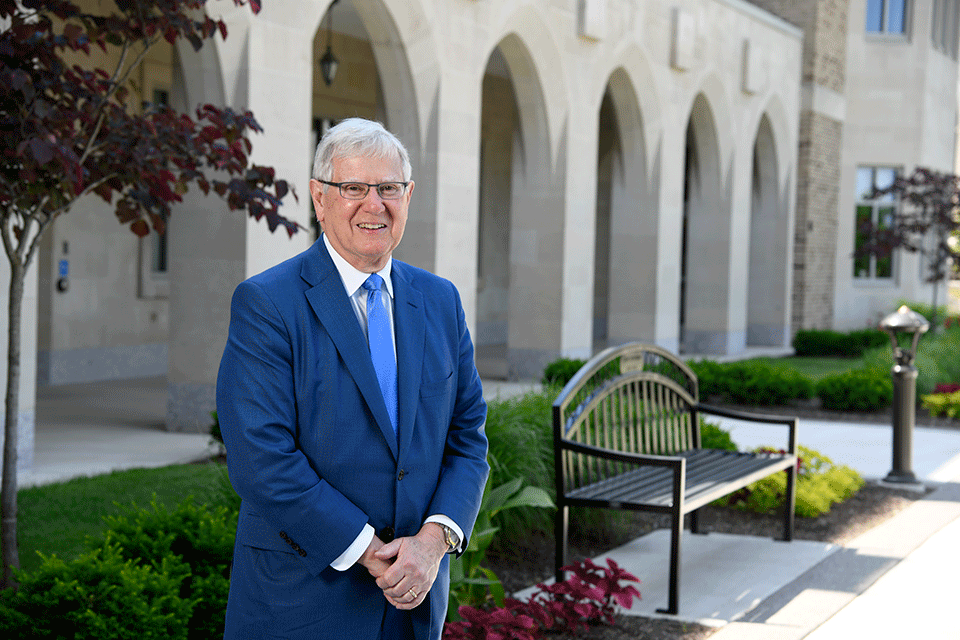 Salerno, past chair of the St. John Fisher College Board of Trustees, established the Victor E. Salerno, Sr. Endowed Scholarship in 2016 in honor of his late father who passed away in 2015 at the age of 99. Salerno, Sr. was a United States Army veteran of World War II and enjoyed a long career working in the field of management.

Salerno’s $1.6 million gift is part of his long legacy of philanthropy at St. John Fisher College. His gift of $2 million in 2011 to establish the Victor E. Salerno Center for American Enterprise, home to the School of Business, still stands as the largest gift ever made to the College by one of its graduates. The Salerno Endowed Fund will support full-time undergraduate Fisher students studying across all disciplines.

“Vic’s legacy of philanthropy at Fisher is extraordinary. I am most grateful for his most generous and continuing financial support, which is matched only by the time and talent that he gives to the College as a trustee and mentor, in addition to his service as chair of the Fisher Forward Campaign, the largest comprehensive fundraising campaign in the College’s history,” said Gerard J. Rooney, president. “He is a leader in business and has made significant contributions to his profession and the community. This gift will afford generations of students access to a transformational Fisher education. We are proud to have him as an alumnus and as a benefactor.” 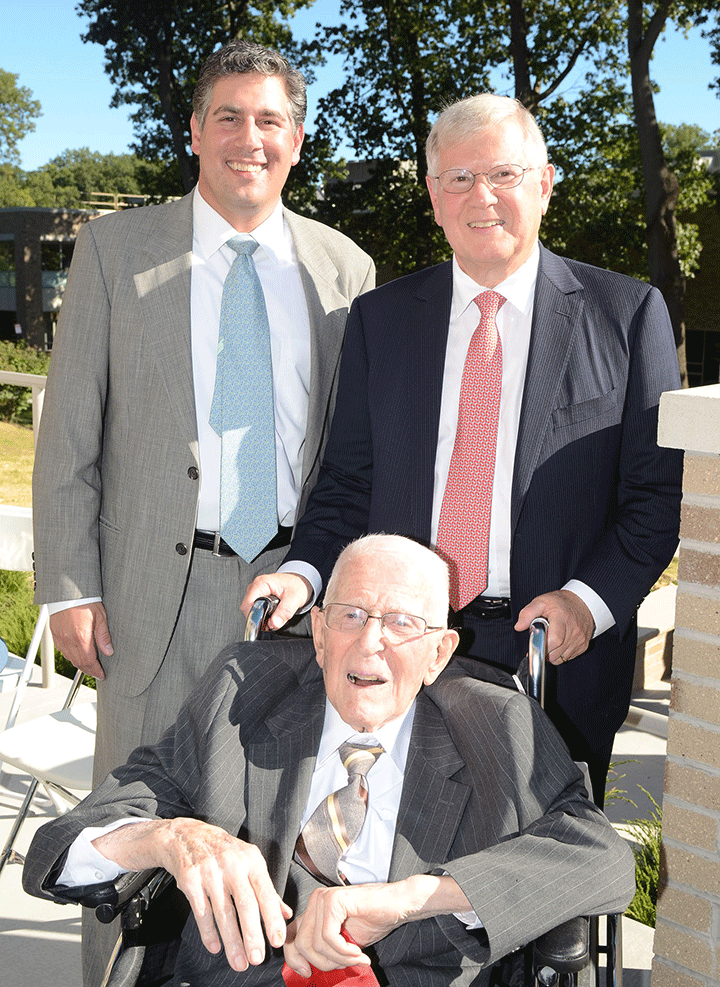 Salerno joined O’Connell Electric Company, Inc., in 1971 and has served as CEO since 2006. Under his leadership, the firm has more than quadrupled sales and has grown exponentially with six locations in New York State. He credits his success to the example set by his father, his education at Fisher, and his willingness to take risks.

“My education at Fisher was integral in building my foundation in business and management. From what I learned in the classroom, to the relationships I built with professors and classmates, to the values that were instilled, the experience influences what I do on a daily basis even decades later. I feel that every young person who wants to work hard and take risks should have access to that special combination of goodness, discipline, and knowledge. With this scholarship I’m able to honor the memory of my father by supporting students as they build the principles and values he lived – and I live by – every day.”