It’s well-known that St. John Fisher College students and faculty are using iPads across many different academic departments. But, the iFisher: Next Generation Learning Initiative has also put iPads to use in several of Fisher’s athletic programs. Melissa Kuberka, head women’s basketball coach and a recent graduate of Fisher’s MBA program, has seen the value of iPads in the classroom and on the court. 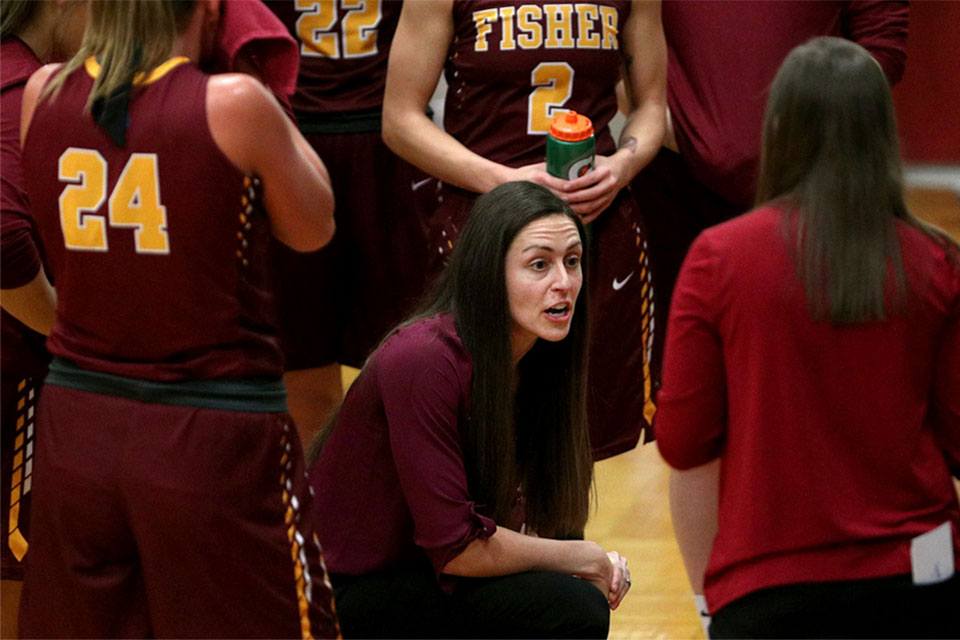 As a student-athlete at SUNY Geneseo and as a coach with experience at multiple institutions, Kuberka has seen many technological shifts. When first introduced to the iPads, Kuberka admitted that she was a bit skeptical, but like many, the pandemic gave her a new appreciation for the ease new technology can bring.

Throughout the 2021-2022 season, Kuberka used the iPads at every practice and outside of scheduled team time. The iPads allow Kuberka and Hannah Rehbaum, assistant women’s basketball coach, to keep track of stats without worrying about losing slips of paper. They can also film and airdrop a breakdown of their practices and games, along with many other features that cut down on time and clutter. In one class during her MBA, Kuberka noted how a professor was able to draw on the iPad and share that with his students simultaneously. She now uses the same tool with her team. She added that the summer training provided by Fisher’s Apple Academy gave her even more awareness as to what’s at her fingertips.

During each practice, Kuberka asks that her team bring their iPads so that she can airdrop any information they need. “It’s a great thing for them,” she said, “to be able to use it both for the classroom and then for practice.”

She sees students improving with the technology and using it as much as they can, sometimes coming to practice with 12 different tabs open, and she looks forward to using the iPads as the team returns to play this November.

This article was written by Marcus Lindenburg ’23, an English major, who is a PR writing intern with the Office of Marketing and Communications.