The St. John Fisher College Mock Trial Team recently attended its annual Regional Tournament – an opportunity for the team to display their skills and showcase their hard work from over this past year. 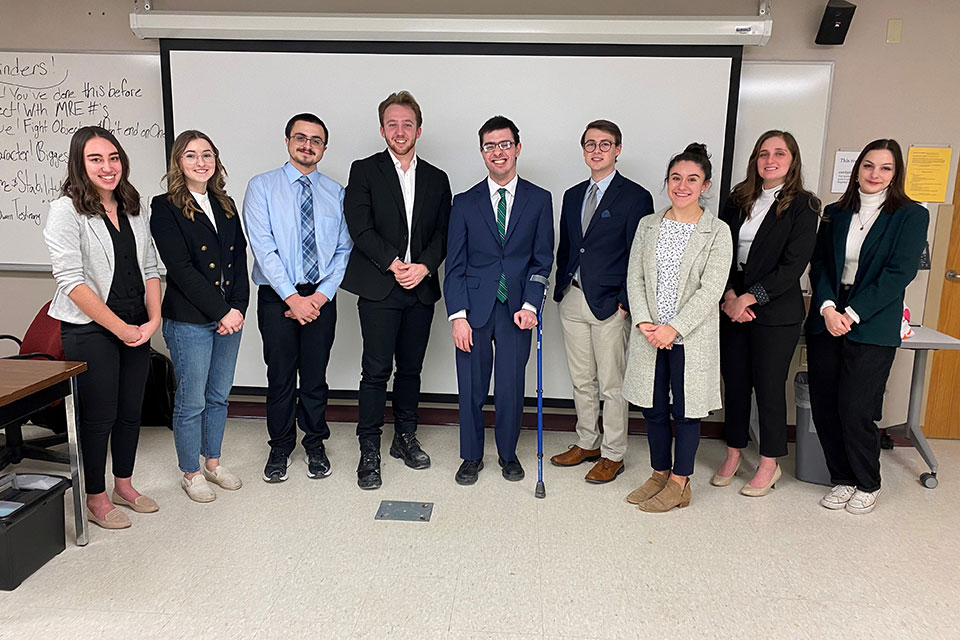 According to team advisor, Dr. Jane Snyder, during this past year, members have collaborated and analyzed cases that included a variety of topics. Members of the team are: Andrew Cegielski (co-captain), Gappy Papale (co-captain), Sam Hopcia, Lacey Caputo, Eric Winnick, Hannah Johnston, Ellie Higgins, Amelia Khabais, Oriana Gelfuso, and Luke Otto. During the tournament, Cegielski ranked as both an attorney and witness, and Otto ranked as a witness.

“Both attorneys and witnesses did an amazing job. Overall, the team was extremely pleased with the outcome of the tournament,” said Snyder. “I want to say congratulations to all members, and good luck to all senior members as they move on to law school and being their future careers as lawyers.”