A photography exhibit, “The Willard Suitcases,” featuring the work of photographer Jon Crispin is now on display at the Patricia O'Keefe Ross Gallery, located in the Joseph S. Skalny Welcome Center at St. John Fisher College. 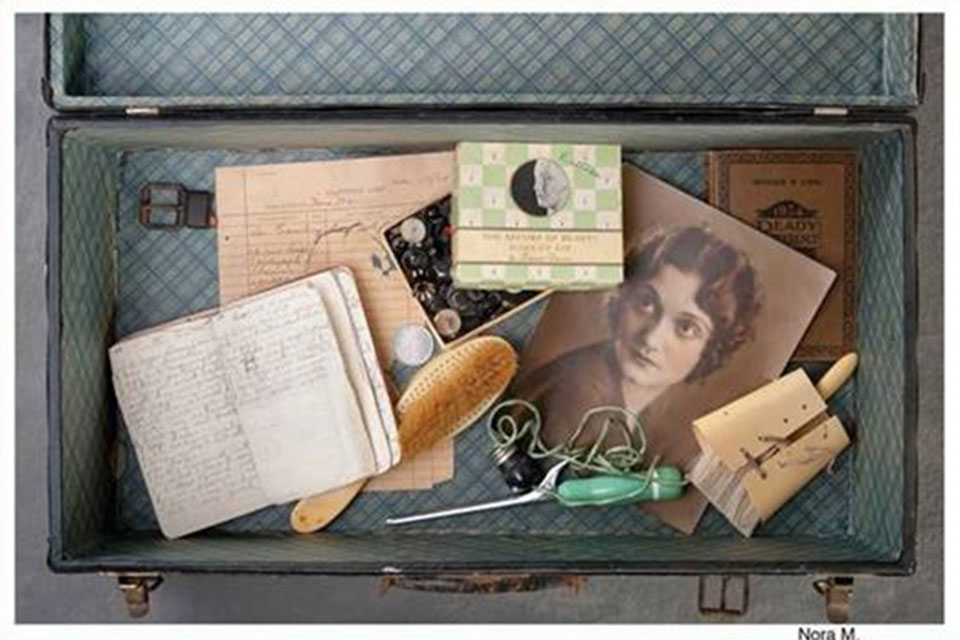 The exhibit, which opened on Monday, Jan. 17, will be on display through Friday, April 15, includes photographs of the personal items and suitcases belonging to former patients of the Willard Asylum, a facility for individuals suffering from long-term mental illness.

The hospital, which opened in 1896 for those in need of long-term care, was set in rural upstate New York in the town of Willard on the shores of Seneca Lake. Over the next few decades, Willard grew to hold several thousand patients. Throughout the twentieth century, Willard changed from an almost self- sufficient, isolated institution, with its own farm, animals, and metal and wood shops to a modern psychiatric hospital. By 1995, New York decided it had outlived its purpose and shut it down.

During the closure of the hospital, former employee Beverly Courtwright came upon 400 suitcases belonging to former patients. Thanks to her, and the involvement of Craig Williams, a curator from the New York State Museum, the cases were preserved, and a few were eventually displayed in an exhibit at the museum in 2004. The cases are now in the permanent collection of the museum and have been catalogued and preserved.

Crispin, who had been photographing the abandoned buildings on the Willard campus in the 1980s, was granted unlimited access to the suitcases in 2011. Together with his assistant, Peggy Ross, he spent five years photographing all 419 cases. The resulting photographs have been published around the world.

In conjunction with the exhibit, the College will host “Unpacking the Willard Suitcases: Symposium on Mental Health and Society,” bringing together scholars and practitioners. It will run from noon to 4 p.m. on Friday, March 18 and noon to 5 p.m. on Saturday, March 19. For more details about the symposium, email Dr. Ryan Thibodeau at rthibodeau@sjfc.edu. A reception for the exhibit will be held from 5 to 8 p.m. on Friday, March 18 in the Gallery.

Gallery hours are Monday through Friday, 9 a.m. to 4 p.m. It is free and open to the public.