Symposium Explores the Holocaust, Antisemitism through Lens of Maus

When a Tennessee school district banned Maus from its curriculum in January, it sparked a nationwide discussion of book banning and resurgence in sales of the almost 30-year-old Pulitzer prize-winning graphic novel about the Holocaust. 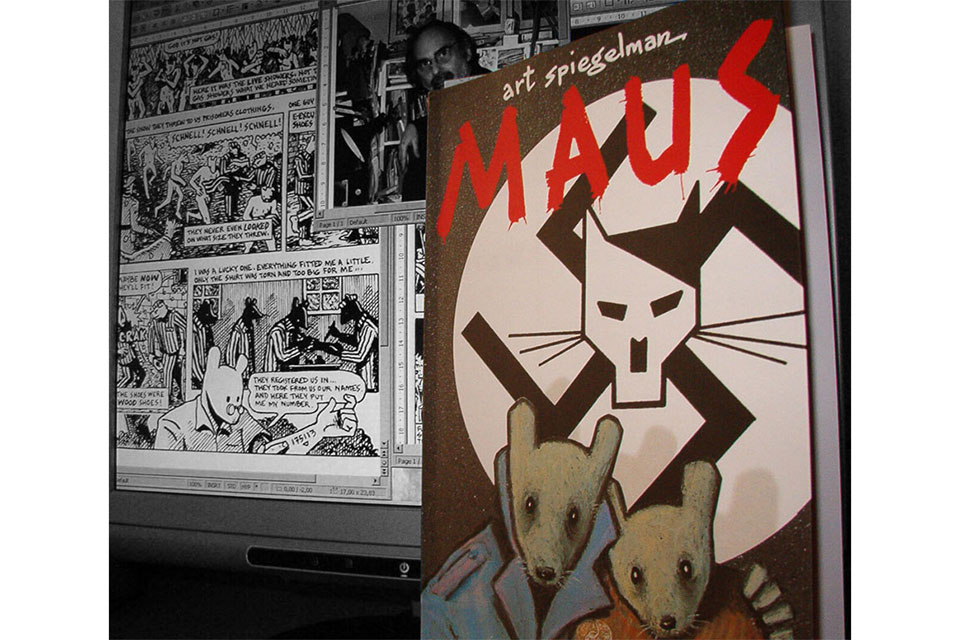 This debate often leads to positive discussion on college campuses and elsewhere. In this spirit, the Department of Media and Communication, Program in Interdisciplinary Art, and the School of Arts and Sciences at St. John Fisher College will host a symposium on Maus from 9:40 a.m. to 4 p.m. and a keynote address at 7:30 p.m. on Tuesday, April 5, in Basil 135.

Written by famed comic writer and artist Art Spiegleman, Maus dramatizes the Holocaust vividly, but follows the comic trope of Jews depicted as mice, the Nazis as cats, and the Americans as dogs. The graphic novel simultaneously recounts Spiegleman’s relationship with his father and the family trauma of having parents who survived the Holocaust.

The symposium will feature Fisher professors from the departments of philosophy, history, psychology, sociology, English, and media and communication. Two librarians from Lavery Library will deliver the talk, “Banned Books and the Library.”

At 11:20 a.m., Rabbi Debbi Till of Temple Sinai in Rochester will give a talk, “Why the Jews? A (Far Too) Brief History of Antisemitism and the Holocaust,” followed by a personal talk by Holocaust survivor Steven Hess.

Dr. Danie Worden, a faculty member with the College of Art and Design at RIT, will deliver the keynote address, “Maus in Comics History: From Funny Animals to the Classroom.”

“It’s an honor to be able to bring a discussion of this important literary work to Fisher at a time when antisemitism is increasing in America and elsewhere,” said Jeremy Sarachan, chair of the Department of Media and Communication and interim director of Interdisciplinary Arts.

While many bookstores are sold out of Maus, multiple copies are available for circulation from Lavery Library for the Fisher community.

The symposium is free and open to the campus community and the public. Visitors can park in Lot C.