It was the 40th anniversary of the Teddi Dance for Love, and St. John Fisher College students truly made this year the best one yet. 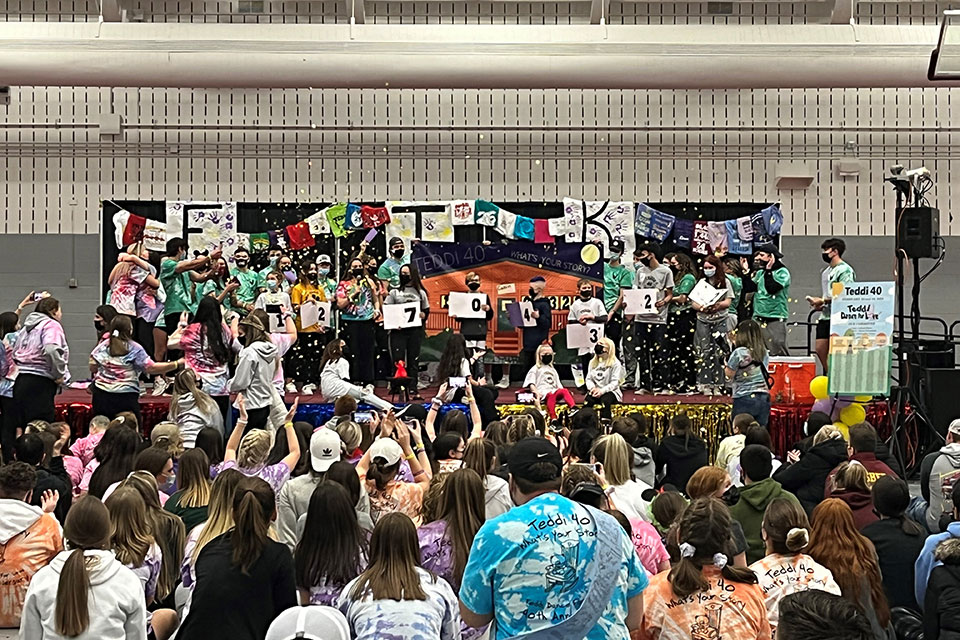 Hundreds of students danced their way to raise a record-breaking $127,043.22 for Camp Good Days and Special Times. Funds raised at the dance—now over $2M in its four decade history—support the Teddi Project, which sends a group of children on a week-long trip to amusement parks in Florida.

Four-year Teddi dancer, Liliana Rucci ‘22, who served as this year’s chair, said organizing the dance is a team effort, and offered her gratitude to the captains, committee members, dancers, advisor Chris Keyes, faculty, staff, alumni, families, students, and community members who contributed to its success.

“It was an honor to celebrate 40 years worth of traditions, stories, and LOVE. I hope that people walk away from Teddi 40 realizing they belong to something that is much bigger than any one of us and that they are now a part of a legacy that will live on for another 40 plus years,” she said. “Most of all, I hope that when people think of Teddi they will think of Elizabeth “Teddi” Mervis, the girl who dreamed of someday attending Fisher and who would’ve loved to dance with Fisher students.”

During closing ceremonies, Gary Mervis, Camp Founder and father of Elizabeth “Teddi” Mervis, reflected on the longevity of the dance.

“Over the last several years, it would have been easy to let the Teddi Dance fall by the wayside,” he said. “But you knew it was a tradition worth keeping. And as Teddi’s old man, I’m forever grateful.”