Each year, St. John Fisher College honors graduating seniors for their academic successes. Among the Class of 2022, 10 students who graduated in December 2021 and May 2022 were recognized for exceptional academic performance. These are the highest honors bestowed to baccalaureate students during their time at the College. 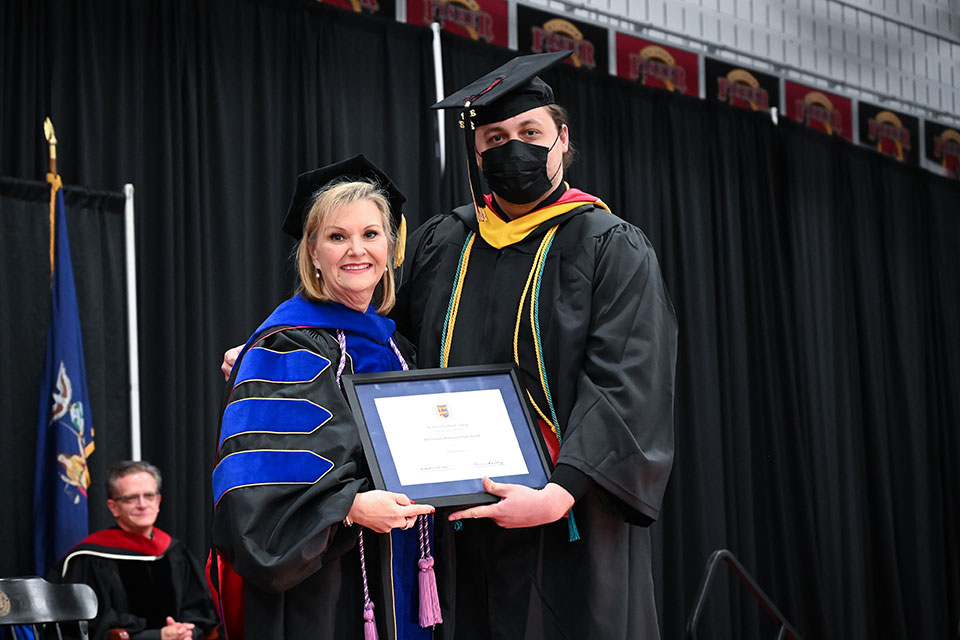 The Trustees Distinguished Scholar Award is given to graduating seniors with the highest cumulative GPA based on at least 100 graded credits earned at St. John Fisher College. This year’s recipients are Joseph Current, a biology major with a chemistry minor; Ethan Lane, a biochemistry major with minors in financial planning and biology; and Natalie Petruzelli, a mathematics major with minors in economics and computer science.

“These are our highest achieving students whose dedication and commitment we are honored to recognize,” said Dr. Kevin Railey, provost of the College. “Their professors and I are proud of their accomplishments and wish them well in their future pursuits.”