In this section
Home » News and Events » News Archive » Spring 2022 » Why Don’t We Paint the Town? Come See Chicago!

Why Don’t We Paint the Town? Come See Chicago!

St. John Fisher College’s Cardinal Company will present their production of Chicago at 7 p.m. on Friday, March 25, Saturday, March 26, and Sunday, March 27, in Cleary Family Auditorium. Tickets are free for Fisher students and $5 at the door for the general public. 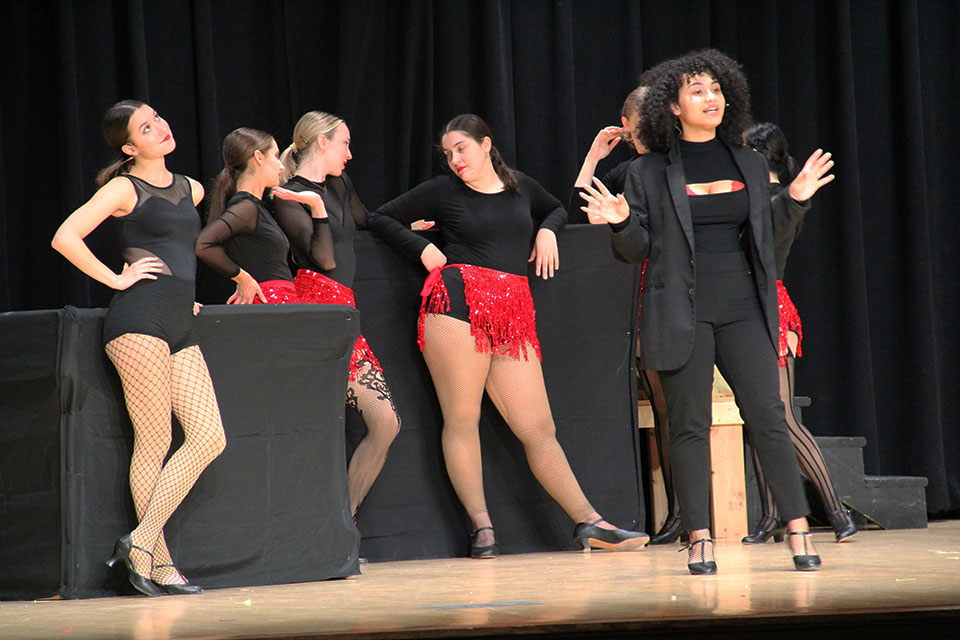 Thanks to the organizational work done by Production Manager Hannah Johnston, all proceeds from tickets and concessions will be donated to Artists Unlimited, a Rochester non-profit organization for equal arts access for those with developmental, physical, and intellectual disabilities.

During Sunday’s dress rehearsal, the hard work, talent, coordination, and razzle dazzle was on display. Cardinal Company’s Co-director, Andy Cegielski, said students have put a lot of effort into the production, from acting all the way to choreographing and designing. “The entire show and cast are too great to hand pick only a few ‘favorites,’ but I will say to watch closely Billy's Office scene, Razzle Dazzle, and all of our star-studded leading players,” Cegielski said.

For this production, Cardinal Company is transforming Cleary Family Auditorium into an enticing dinner theater. During intermission, audience members can look forward to being immersed in a 1920s mock-tail bar complete with Chicago-themed refreshments and audience-cast interaction. Come see for yourself everything Chicago has to offer!

This article was written by English major Marcus Lindenburg ’23, who is a PR writing intern with the Office of Marketing and Communications.