In acknowledgment of the International Year of the Nurse and Midwife, Collegium is highlighting alumni who, in their own unique ways, embody what it means to be a “Fisher Nurse.” In this installment, meet Kristin Opett ’97 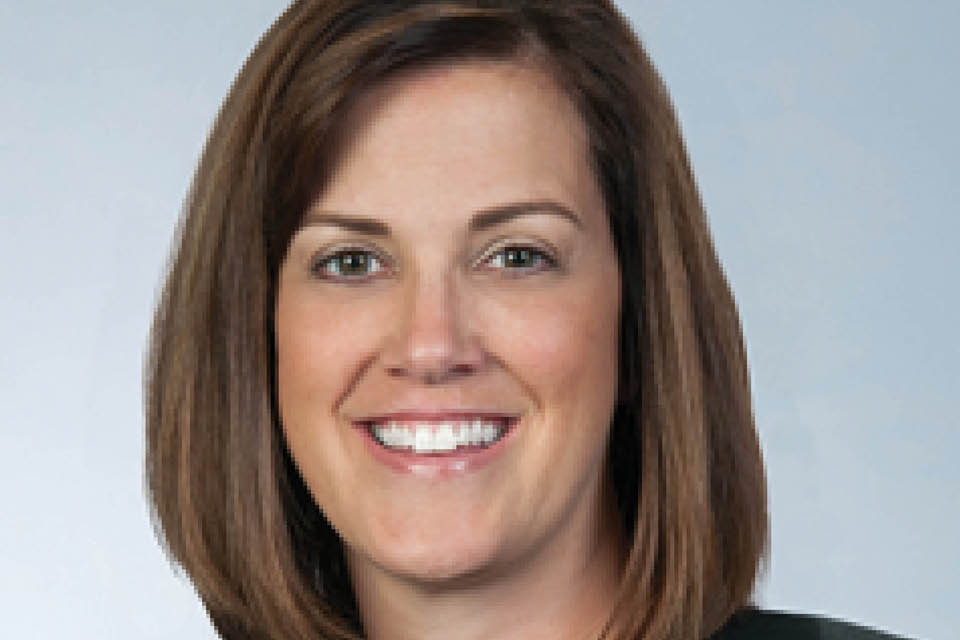 As a freshman at the Rochester Institute of Technology, Kristin Opett had planned to pursue a degree in industrial engineering. However, during her first year of study, she was diagnosed with a form of leukemia. After spending months in and out of the hospital for treatment, including a bone marrow transplant, she found the busy medical environment fascinating.

“I loved the dynamic of the hospital system—the pace, the excitement—and I knew then I wanted to work in health care,” she said. “I applied to Fisher with the goal of becoming a transplant nurse.”

After graduation, Opett earned a position through the Hematology/Oncology Fellowship Program at the University of Rochester Medical Center, working on the hematology and oncology medical floor and in the bone marrow transplant unit at Strong Memorial Hospital. She spent three years working between the units before moving on to a position working at UR Medicine’s cancer center, now known as the Wilmot Cancer Center, working as a clinical oncological nurse. There, she supported patients throughout their treatment, coordinating care, triaging their concerns when they were at home, and seeing them through to remission.

Throughout her tenure in oncology, Opett was asked to take on some interim leadership roles. “That’s when I got the ‘bug’ for nursing leadership,” she said.

Today, she serves as the chief nursing officer for Rochester General Hospital (RGH), overseeing all nursing functions and operations for the system’s 2,000-member work force. “My focus is to ensure that we have the best possible environment for nurses and that it’s the single greatest place for nurses to work,” she said.

In her three years at RGH, Opett has helped the hospital advance its efforts toward nursing excellence. The hospital currently holds 17 Beacon Awards for Nursing Excellence, given to individual units by the American Nursing Critical Care Society. Opett is on a mission to see that every eligible unit at RGH earns Beacon Award recognition.

“When I started we had three, and now we have 17,” she said. “This is the culmination of excellence for patient safety outcome measurements.”

She also proudly notes that, over the course of a single year, the percentage of RGH nurses with national certifications jumped from 10 percent to 50 percent.

“There’s evidence-based research that proves that all of the things associated with nursing excellence truly shine in an environment where nurses have certifications,” she explained.

While the way she goes about her job has changed in light of the pandemic—trading boardrooms for Zoom calls and interacting in a socially distant way—Opett said her charge remains the same—ensuring that her nurses have the resources and support they need.

“It’s about creating the very best environment for nurses who are struggling with unprecedented challenges at work and at home,” she said. “So we are placing a greater emphasis on making the team feel recognized and supported.

“I could not be more proud of this team. They have shown the ability to adapt and change at a pace that is indescribable. My single greatest job is making sure they can do what they love, which is caring for our community.”