Diana Meyer nee Russo has been busy since graduating from St. John Fisher College in 2018. She began a career in business development with the Alzheimer’s Association then transitioned to a position at VisualDx before joining Robert Half as a talent manager, helping individuals find careers in accounting and finance. And, this summer, she was crowned Mrs. New York America and is now preparing to represent the Empire State in the national Mrs. America pageant, held in Las Vegas this November. 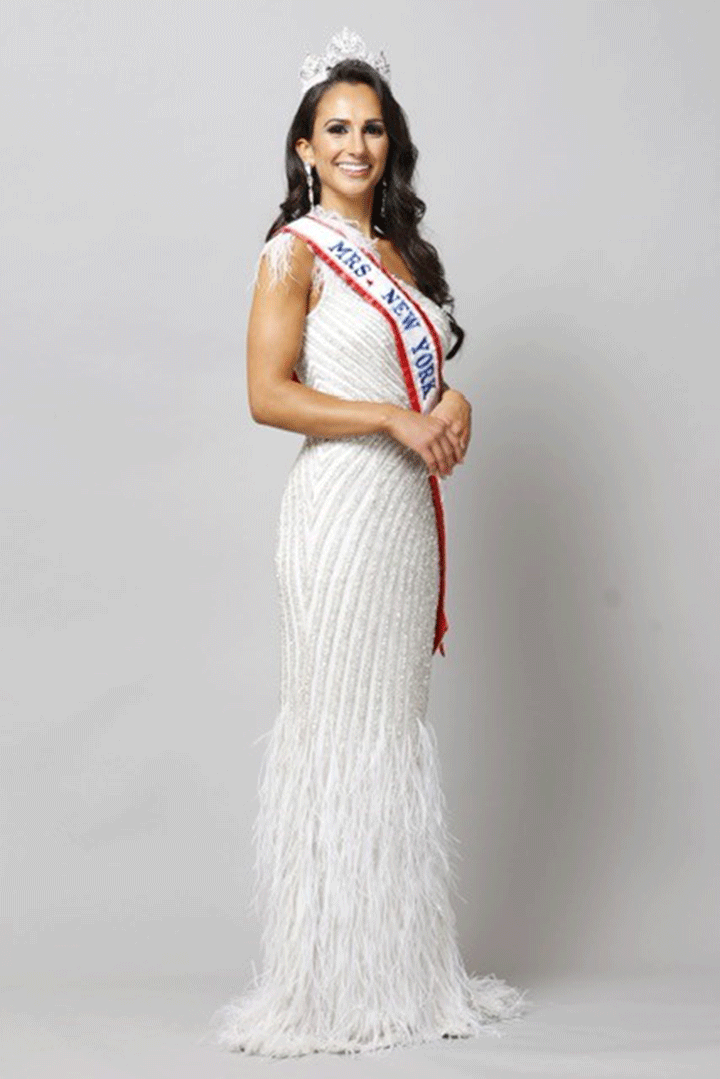 “After competing at Miss New York in 2018, I never thought I would compete in a pageant again,” she said. “However, I still had the motivation to fulfill my childhood dream of being a national titleholder and I knew that the Mrs. American Pageant was well respected. I watched Diane Hardgrove, the Mrs. New York America/American State Director, empower so many married women over the last 10 years and I wanted to join this sisterhood of accomplished women.”

Meyer uses her pageant experience to bring attention to Alzheimer’s disease and advocate for the Alzheimer’s Association. It’s a cause that is close to her heart.

“My grandmother’s eight-year Alzheimer's diagnosis inspired me to create ‘Unlocking Memories through Music,’” she said. “With this initiative, I perform flute duets with my mom, who is also a flautist, in memory care homes.”

Meyer said that when dementia patients hear certain songs—“Somewhere Over the Rainbow” is usually a favorite—they begin to express emotion and light up with joy. She is also hosting a portable radio drive with Jazz90.1 and hopes to donate over 50 radios to Crimson Ridge Gardens in Greece. Meyer planned her first radio drive as an undergraduate at the College.

A media and communication major with a minor in Spanish, Meyer said her time at the College helped prepare her for pageants.

“Fisher equips you for all aspects of life. Whether that's personally, professionally, or in pageants,” she explained. “As a media and communication major, I have a competitive edge in pageants because I learned how to be a great communicator and I can create content that not only enhances my image but also the image of the Mrs. American Pageant.”

With several titles, including Miss Finger Lakes 2018 under her belt, Meyer is ready for the national stage.

“I feel like I have been preparing for this moment my entire life because I have always been involved in several competitions, whether it was gymnastics, flute performances, or pageants,” she explained. “Of course, I will serve my community, bring exposure to the pageant, and practice for every area of competition but competing in pageants is more about self-development and mental preparation.”