This summer, Tom Bowles ’71 begins his tenure as chair of the St. John Fisher University Board of Trustees. Formerly vice chair, Bowles succeeds Diana Nole, executive vice president and general manager of the healthcare division of Nuance Communications, who completed a two-year term as chair. 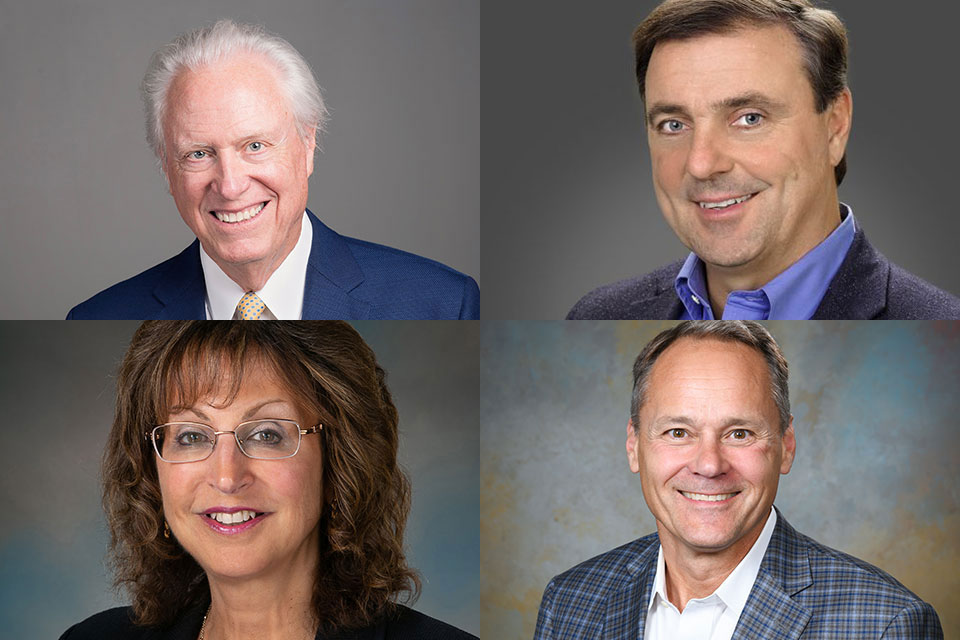 Stepping into the role of vice chair of the Board is Phil Yawman, president of the Cooley Group. The Board also welcomes new members Catherine D’Amico ’78, retired chief financial officer of Monro, Inc., and Michael Haefner ’82, retired president, chief executive officer, and director of Atmos Energy.

The Board of Trustees determines the general, educational, and financial policies of the University. In addition, the Board has responsibility for sound resource management of the institution and works closely with the president in planning the strategic direction of the University. 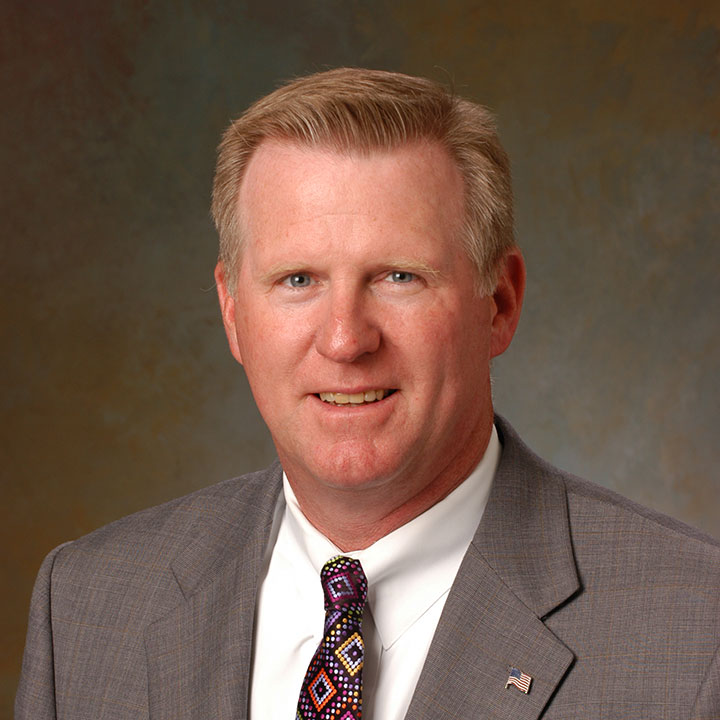 At the June meeting, alumnus Michael Goonan ’75 was awarded Emeritus Trustee status for his longtime service to Fisher. Goonan joined the Board in 2002, and served as chair from 2011 to 2013. He spent three decades as chief financial officer at the University of Rochester’s Strong Memorial Hospital and Medical Center. In honor of his dedication to the University, the School of Business, and the greater Rochester community, he was given the Excellence in Management Award in 2000 and named Accounting Alumnus of the Year in 2007.

“Tom Bowles and Phil Yawman bring several decades of collective Board experience to their leadership roles and Fisher will continue to benefit from their commitment and dedication to our mission,” said President Gerard J. Rooney. “I also look forward to welcoming alumni Catherine D’Amico and Michael Haefner to the Board, their sound business acumen and demonstrated commitment to community service will serve Fisher well as we move into our next 75 years.”

Bowles has served on the Board since 1993. He built a career as a turnaround CEO in the branded consumer products space focused on medium-sized, public, and private businesses in cash constrained, distressed situations. For the past 15 years, his emphasis has been on distressed portfolio companies of private equity firms.

From 2011 to 2016, he served as CEO and chairman of Enesco, a giftware, fashion accessories, and plush toy business behind some of the world’s most recognizable brands, including Gund Teddy Bears, Walt Disney, Sesame Street, Boyd’s Bears, The Grinch, and approximately 100 other properties. There, he built a new senior leadership team, led the drive for new growth, stimulated profitability, and implemented a new “trust-based” corporate culture initiative.

In 2018, Yawman was appointed president of the Cooley Group, a nationally recognized, award-winning branding services provider specializing in print and promotional products. He also serves as Cooley Group’s board chairman. Under Yawman’s leadership, the Cooley Group was recognized in 2021 as a “Greatest Company to Work For” by the Promotional Products Association International and has earned a statewide “Best Companies to Work For” designation from the New York State Society for Human Resource Management.

Prior to joining the Cooley Group, Inc., Yawman served as executive vice president of sales and marketing operations for Annese and Associates and was formerly a co-founder of Choice One Communications. His expertise lies in strategic planning and positioning; executive leadership coaching and mentoring; start-up, expansion, and growth management; marketing, sales and business development; among other salient aspects of business management and leadership.

A member of Fisher’s Board since 2000, Yawman has chaired the Enrollment Management and Academic and Faculty Affairs committees. He was honored to have served as emcee of President Rooney’s presidential inauguration in 2015.  He also currently sits on the boards for the Monroe Community College Foundation and the Constellation Brands Performing Arts Center (CMAC).  Yawman is on the Executive Committee of the 2023 PGA Championship to be contested at Oak Hill Country Club. He holds a bachelor’s degree in economics from Hobart and William Smith Colleges and an MBA from the Simon Business School at the University of Rochester.

D’Amico, who recently retired as the chief financial officer of Monro, Inc., helped lead the charge behind the sustainable growth of the company’s automotive aftermarket repair, as well as tire sales and service businesses.

Following her graduation from Fisher, D’Amico advanced through the ranks to senior audit manager at Price Waterhouse—spending 15 years working on a variety of engagements. In 1993, she joined Monro, Inc., as CFO, during what would become known as the beginning of the company’s rapid growth cycle.  During her 23 years with Monro, the company grew from 189 company-operated locations with sales of $94 million in fiscal 1994, to 1,098 company-operated and 114 franchised locations with sales of more than $1 billion in fiscal 2017. In her role as CFO, she also oversaw the human resources, IT, legal, and risk management departments.

Today, D’Amico serves as director of special projects working on select Monro initiatives. Outside of her work with Monro, she serves as a member of the Advisory Board of Gorbel, Inc., a warehouse solutions company headquartered in Victor, New York, and serves as a current board and finance committee member and audit committee chair of The Jewish Community Center of Greater Rochester. Her recent past service includes board and finance committee member at Bivona Child Advocacy Center and Hope Hall, and finance committee member at Young Women’s College Prep. In 2019, she was awarded the Excellence in Management Award, a preeminent honor bestowed by Fisher’s School of Business, which recognizes alumni who demonstrate leadership and managerial accomplishments in business, academia, or community-based organizations as well as dedication to the University.

A member of the Class of 1982, Haefner earned a bachelor’s degree in mathematics at Fisher before completing a master’s degree in computer science at the University at Buffalo. Launching his career at Eastman Kodak, his work history includes positions with Sabre Holdings and American Airlines. He helped Sabre go public in 1996 and spin off from American Airlines in 2000. He was responsible for the global people strategy and programs that helped Sabre transform into an industry leader in travel marketing and technology solutions.

For the last decade, he has held leadership roles with Dallas, Texas-based Atmos Energy Corporation, one of the nation’s top natural gas distributors. Haefner joined Atmos as the senior vice president for human resources, and was named president and chief executive officer in 2017. During his tenure, he set the company on a path to modernize and digitize its business while building on its successful 100-year history. Upon his retirement in late 2019, the company established the Michael Haefner Atmos Energy Scholarship at Fisher in honor of his dedication and commitment to Atmos.

Haefner has been active on community and industry boards including the Senior Source of Dallas, the Dallas Regional Chamber of Commerce, Dallas Citizen’s Council, American Gas Association, and National Petroleum Council.