President and COO of Gorbel, Inc.

Upon graduating from Fisher in 1983, David Pritchard began his management career in the automotive industry with Delco Products Division - General Motors, and then with ITT Automotive and Valeo through subsequent acquisitions. In 2008, he assumed the position of director of business development at Getinge Sourcing, LLC, and three years later, was named president of the company.

One of his proudest moments at Gorbel was leading the organization’s Learning and Agile Organization (L&AO) Strategic Objective and launching a four-year Continuous Improvement Roadmap, guiding activities from 2016 to 2019. This provided employees the opportunity to share their wisdom and experiences with other employees through collaborative activities. He is also very proud of the several accomplishments of the Gorbel team, including their recognition on the Rochester Top 100, the Silver Award from the Greater Rochester Quality Council, and the Rochester ETHIE Award, all of which tie to Gorbel’s company culture.

Pritchard was a member of Fisher's inaugural Management Program Advisory Board, supporting the original accreditation process for the School of Business. He is a current board member of the Dean’s Leadership Council, a member of the Family Business Initiative Steering Committee, and a guest lecturer in the MBA program focusing on leadership. He recently completed a 12-year term as a member on the Board of Directors, Endowment, and Executive Committees at Holy Sepulchre Cemetery. 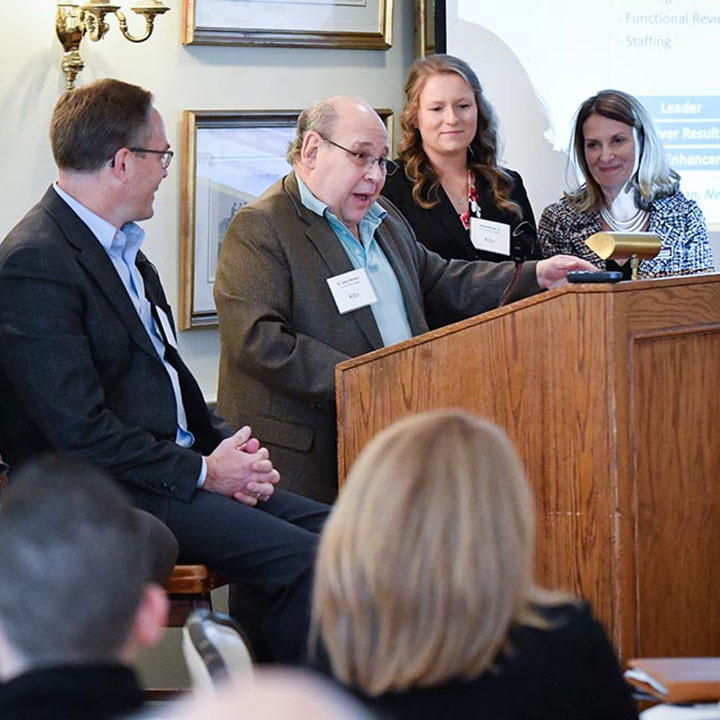